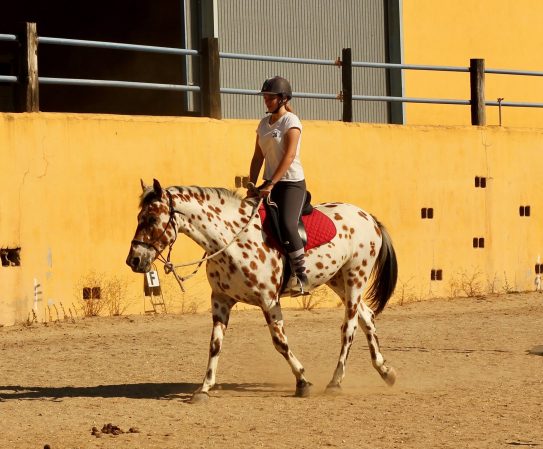 About 2 months ago, Anna and her Mom were sitting on the terrace enjoying a cool drink after having a riding session with Shaman. Shaman is a 6 year old appaloosa gelding they have been sharing time with for about 2 years.  Shaman is at livery on the ranch in Spain where I am based.

Little did I expect the tears and emotion that that question were going to elicit….

I casually asked “How did it go?” as I was passing to fetch something on the yard. Little did I expect the tears and emotion that that question were going to elicit.

It came to light that Anna and her Mom were at their wit’s end. Shaman had progressively become more and more difficult to deal with. What had started as a reluctance to being “caught” had progressed to not moving when being led to the yard. When that was “addressed” he wouldn’t stand still for mounting and kicked out. When that was “sorted” he just went on strike. He didn’t move. End of.

Shaman is “lucky”  that Anna doesn’t believe in using whips or force. Everything she tried, short of using force, (well done, Anna!) just didn’t work.  She had tried patting him on the bum, wiggling her bum, turning him in small circles to cause his feet to move, waving the reins at him. Only Mom standing at his head and leading him convinced him to move along. The moment Mom moved away, Shaman would plant his feet again.

They were discussing selling him and giving him up.

This, of course, was becoming more and more frustrating for Anna and her Mom. The day I ask “How did it go?” was the day they were discussing selling him and giving him up. Anna was in floods of tears. She felt Shaman really disliked her which was making her feel a “good for nothing”.  Of course Anna’s tears and emotion affected Mom, as well.

What is it that stops us from asking for help sometimes?

Anna and her Mom had been trying to fix this situation by themselves. Sometimes, we just need to ask for help! That is all it takes! But we feel we don’t want to bother people, or that we can’t afford it, or…. who knows!  What is it that stops us from asking for help sometimes?

I asked if I could help and offered to take Shaman in for 10 days of training. They were skeptical that 10 days could make a change. In order to make them feel better about the energy exchange (I didn’t want money from them), I suggested that we do it in exchange for me being able to tell this story and use it to help other horses and their riders out there. I am so glad they agreed.

The Result of 10 Short Sessions of around 40 minutes

“…about half of those 40 minutes were spent doing the one thing Shaman needed the most: waiting.”

So here it is!  The video says it all. 10 sessions over a period of 2 weeks. Each session maximum 40 minutes. About half of those 40 minutes were spent doing the one thing Shaman needed the most:  waiting. Waiting until he was connected. Waiting until he came out of his tortoise shell so I could have a conversation with him. Waiting until he said “OK, then!” before I asked for the next thing.  Waiting until I could sense a real change in thought before I stopped asking a question. Just sitting on a chair in the arena and waiting until he was curious enough to come and say hello. Then, when I did ask a question, I made sure it was clear and consistent. No flaky messages!

The results are astonishing. Sometimes I am bewildered myself! It astonishes me how doing so little can make such a huge difference to a horse that has been shut down by constant pressure, conflicting instructions, inconsistent handling and most importantly… by not feeling he had a say in the proceedings!

If you would like to learn more about how you can change your horse’s world around, please get in touch! Please reach out and connect.  I can’t wait to share with you how you can help your horse become softer, more willing and connected.  You can contact me through this website, or visit my facebook page Monica Andréewith – Softness Training Coach

Thank you Anna, Mom and Shaman for sharing this little piece of your journey with me and allowing me to share it with others, as well. If it changes the life of one other horse, I will feel we have done our job well!

I would also like to thank my friend Nicky van der Sluis for supporting this change with her presence and by documenting it with videos and photos. 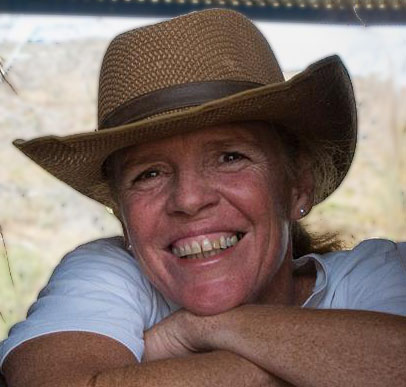 Monica Andréewitch
Monica's passion is sharing the joy of horses and helping people create softer, calmer, more willing and connected partnerships with these amazing creatures. She lives with her partner Ian on beautiful Finca Las Posadas, nestled in the mountains of Andalucía, Spain where she holds live workshops, clinics and retreats.

This site uses Akismet to reduce spam. Learn how your comment data is processed.

Competition: is there another way?

Shaman’s Story: From “Stuffy” to “Softy” in 10 Short Sessions

Does your horse really want to be caught?